Black is the new black: Black makes a comeback as a major home improvement trend

4 reasons why black shingles are resurging in popularity

Decades ago black was the traditional color for asphalt roofs. Homeowners, seeking to mimic the look of expensive wood shake shingles, started to opt for brown and gray composite shingles. Black shingles began to fall out of popularity.

But today, homeowners are looking to stand out rather than fit in. A black roof breaks up the sea of sameness of entire city blocks in neutral roofing colors. This bold exterior choice makes a statement with an eye-catching, clean color that contrasts against neighboring homes.

“People today want their homes to be one of a kind,” says Brian Borgard, sales territory manager for TAMKO Building Products. “They want something bold, something to differentiate their homes from their neighbors’.” 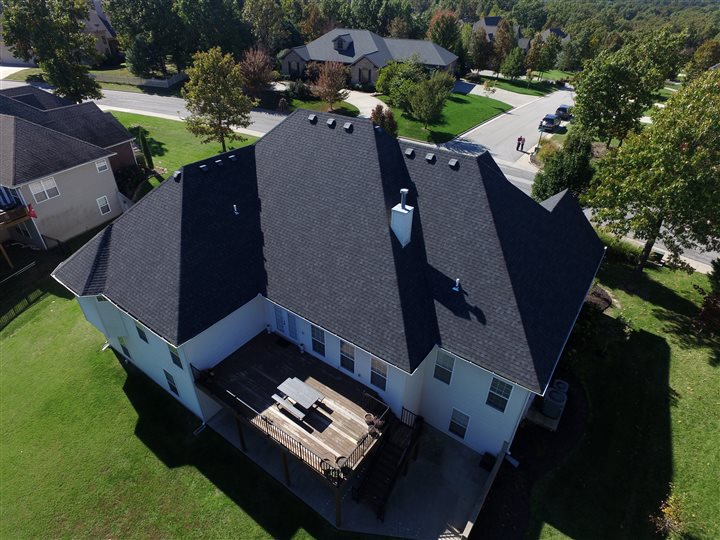 Like many shingle manufacturers, Borgard says TAMKO’s best-selling color for many years has been a brown meant to emulate wood shake. “Weathered Wood was the ultimate color even five years ago, but people are looking for a change," he says. "They want something new, but still neutral.”

In fact, in 2016 TAMKO’s black-colored Heritage Laminated Asphalt Shingles were the most popular next to TAMKO’s Weathered Wood. This year, Borgard says it's possible black could eventually overtake the top spot as many contractors are switching all their shingle orders from brown to black.

Roofing contractor John Cotten can testify to the trend in his own business.

“I’ve seen a definite increase in the demand for black roofing,” says Cotten, owner of John Cotten Roofing in Joplin, Missouri, a TAMKO Pro Certified Contractor. “I think homeowners are tired of seeing the same shingles on all of the houses in their neighborhoods — they’re ready for a change.” 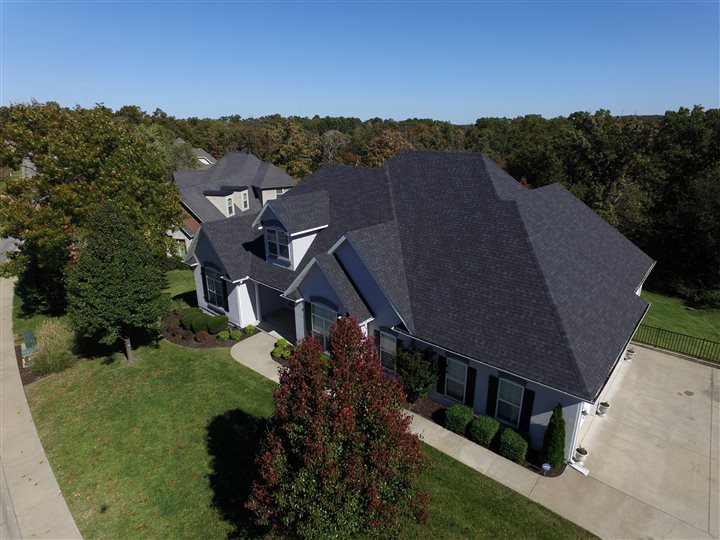 So, why are so many homeowners opting for black shingles? These four reasons prove it's a trend that won't be fading anytime soon:

Black is modern: A younger generation of homeowners wants a modern home profile. The natural wood-shake aesthetic is often perceived as too traditional or old fashioned.

Black matches everything: Unless the exterior of your house is navy blue or dark brown, a black roof will match and enhance the facade.

Black highlights: Rather than hiding or overpowering the features of your home, black tends to highlight architectural features and makes other colors appear brighter.

Black stands out: In a neighborhood of neutrals, black is sure to draw the eye of potential homebuyers or passersby.