Fire safety reminders to protect your home and family

While it’s important to be prepared in the event that a fire breaks out in your home, it is also very important to evaluate your home for fire safety and fire prevention beforehand. According to the National Fire Protection Association (NFPA) September 2015 Structure Fires Report, U.S. fire departments responded to an estimated average of 357,000 home fires per year between 2009-2013, causing $6.9 billion in damage and 2,470 deaths. The NFPA cites cooking equipment, heating equipment and electrical distribution systems as the three leading causes of accidental home fires, but there are steps homeowners can take to help prevent them. 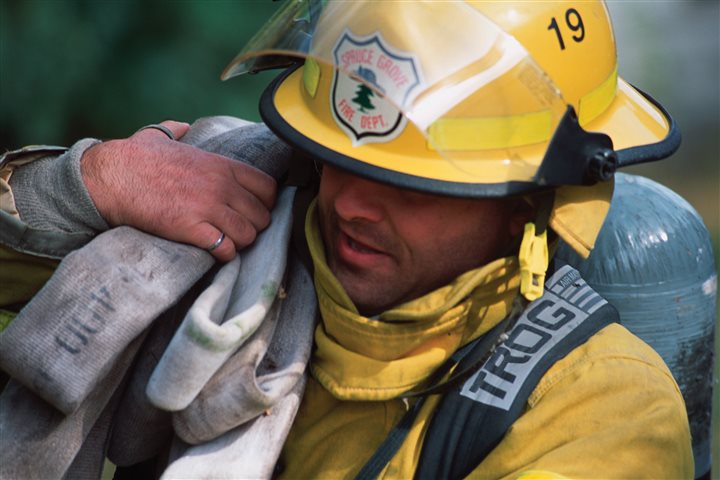 To help protect your family in the event of a home fire, there are several safety tips and steps that you can take. The NFPA recommends testing your smoke alarms regularly and replacing them every 10 years to best help protect your family and home, but there are several safety tips and steps you can take to further help prevent a fire before it happens. Here are three to consider:

Clear your cooking space. With hot ovens and stovetops, some of which even contain open flames, it’s not surprising that cooking equipment is the leading cause of accidental home fires. It’s important to be aware of your cooking area before, during and after food preparation. Make sure that anything flammable, such as dish towels, pot holders or food containers are moved away from hot surfaces or flames, and that all cooking utensils, like pots, pans, spoons or ladles, are removed from ovens before preheating. Also, take special care and read cooking directions carefully when using flammable ingredients or equipment, such as oils or deep fryers.

Understand your electrical system. Although there are several ways to recognize potential risks of an electrical fire in your home, most homeowners are not aware of the signs or what to look for. For example, keep an eye out for discolored or warm outlets, which are signs of an electrical failure or malfunction and a potential electrical fire. Other signs of electrical issues are flickering or dimming of lights, frequent issues with blowing fuses, or smelling a burning or rubbery odor from appliances. Other often overlooked electrical fire safety tips include using extension cords for temporary needs only, never running cords under rugs or pinched beneath furniture, and to not overload electrical outlets. Though convenient, these common mistakes can result in serious fire hazards.

Purchase and install safety products. In the chance a fire does occur in your home, safety equipment such as smoke detectors and fire extinguishers can mean the difference between life and death, but homeowners should also install devices that can help to prevent fires. Given that 50 percent of the electrical fires that occur each year could be prevented with Arc Fault Circuit Interrupter (AFCI) Outlets, it seems logical that homeowners should install them. AFCIs, like Leviton’s SmartlockPro AFCI Outlet, detect a wide range of arcing electrical faults, which are dangerous and could lead to electrical fires. Once an AFCI Outlet detects an arcing fault, it immediately shuts off power to help prevent potential ignition of a fire. These are important to have in living areas like bedrooms, living rooms and kitchens to protect homeowners from unexpected electrical hazards.

For more information about fire safety and prevention, visit www.Leviton.com/HomeSafety.